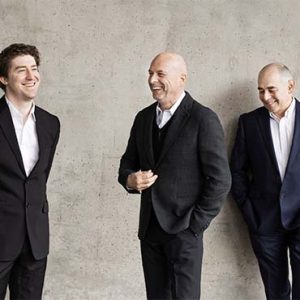 For further details and how to book email [email protected] 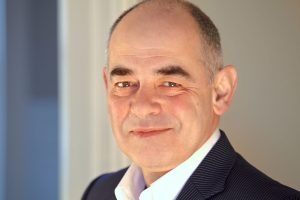 Internationally acclaimed as a leading collaborative pianist, (pretty much ideal, BBC Music Magazine) Iain Burnside has worked with many of the world’s great singers. His discography features over fifty CDs, spanning a huge sweep of repertoire. Highlights include the Gramophone Award-winning NMC Songbook, Schubert cycles with baritone Roderick Williams on Chandos and a series of English Song for Naxos. He enjoys a close relationship with Delphian, featuring boxed sets of Medtner and Rachmaninoff (“the results are electrifying” Daily Telegraph) as well as explorations of Scottish, English and Irish repertoire. He is Artistic Director of the Ludlow English Song Weekend and curates programmes for a variety of festivals and at Wigmore Hall, most recently with a spotlight on Russian song.

Burnside is also an award-winning broadcaster, familiar to listeners of BBC Radio 3, earning a Sony Radio Award for Voices. He has pioneered a particular form of dramatic concert, with works based variously around Franz Schubert, Clara Schumann and Ivor Gurney. His most recent piece, A View from the Villa, unpicks Wagner’s relationship with Mathilde Wesendonck, and will feature at festivals in 2021. He has a long association with the Guildhall School and gives masterclasses at home and abroad whilst also holding the position of Artistic Consultant to Grange Park Opera.

“His lightness of touch, his expertise in balancing and supporting the voices, and his sheer love for this exquisite repertoire are simply matchless.” Primephonic

“Burnside’s pianism and musical instincts are second to none, revealing harmonies and connections not hinted at in previous recordings.” BBC Music Magazine

“Burnside played with understated elegance and great subtlety throughout.” The Guardian 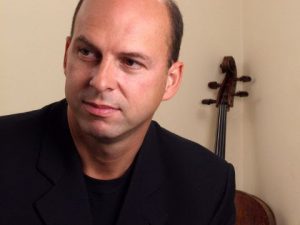 Tim Hugh, son of a doctor and a music teacher, began cello lessons aged eight with Bernard Gregor-Smith of the Lindsay Quartet. Having attended the RNCM Junior School under Moray Welsh and spent a year with Aldo Parisot at Yale, he studied medicine and physical anthropology at Cambridge University before emerging as a full-time cellist. Whilst at university he took lessons with William Pleeth and Jacqueline du Pré, furnishing himself with the finest elements of the British tradition and inheriting a connection with the Klengel–Becker generation of the Dresden ‘line’.

His post as principal cellist of the London Symphony Orchestra has afforded him countless opportunities to work with the world’s most eminent conductors; one of his first appearances with the orchestra was as soloist, standing in for Rostropovich.

Praised for playing of ‘compelling conviction’ (The Daily Telegraph) and performances ‘full of sparkling detail, with tonal beauty and incisive rhythmic clarity, balancing wit and poetry’ (The Strad), Michael Foyle launched his career by winning The Netherlands Violin Competition 2016. His performance of Szymanowski’s Violin Concerto No.1 with the Rotterdam Philharmonic Orchestra led to an immediate invitation to give his debut recital in the Concertgebouw, Amsterdam.

His London debut followed with a recital at the Wigmore Hall (‘superlative’ – Seen and Heard International) and since then he has performed recitals in the UK’s most prestigious venues, including Queen Elizabeth Hall, Purcell Room, Buckingham Palace, St. Martin-in-the-Fields, Bridgewater Hall and Usher Hall, regularly being broadcast on BBC Radio 3.

In 2018-19 he released his debut CDs, ‘The Great War Centenary – Debussy, Janacek and Respighi Sonatas’ on Challenge Records and ‘Lutoslawski and Penderecki: Complete Violin and Piano Works’ on Delphian Records, both to critical acclaim (‘vividly and beautifully conceived and executed – BBC Music Magazine, ‘richly detailed and impassioned performances’ – The Daily Telegraph, ‘a dream debut, 10/10’ – Luister, ’an extraordinary release, played phenomenally’ – Stretto). In 2020-21, he is releasing the Complete Beethoven Sonatas with pianist Maksim Stsura to mark the composer’s 250th anniversary.

Alongside his varied performance work, which includes Trio Balthasar and Guest-Concertmaster appearances at BBC Symphony and The Halle, Michael is Professor of Violin at the Royal Academy of Music in London (the youngest appointed in the institution’s 200-year history) and at the Hochschule fur Musik und Tanz in Cologne.

He plays a Gennaro Gagliano violin (1750) on loan.