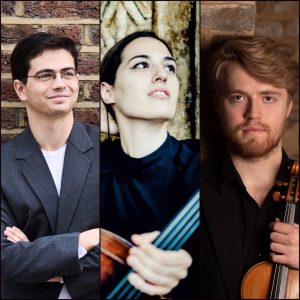 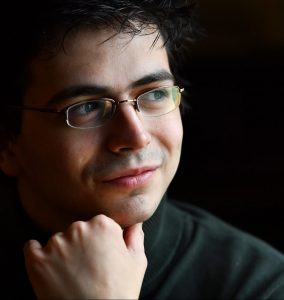 Over the last year Ariel has made his debut at Wigmore Hall and participated in the Marlboro Music Festival in Vermont, alongside renowned artists such as Mitsuko Uchida and Jonathan Biss.

His recording of music by Schubert for Linn Records was released, and he gave live concerts (for release online) for the Vancouver Recital Society in Canada and the Banco de la República in Colombia. As soloist he performed Brahms Concerto No.2 with the Israel Philharmonic Orchestra and the Royal Liverpool Philharmonic Orchestra, and Beethoven’s Concerto No.2 at the Royal Academy of Music.

This season Ariel returns to give performances in the Miami Piano Festival and at Wigmore Hall, as well as recitals in Rome and across the UK, and performances with orchestras in Israel and in the US, playing concerti by Mozart and Brahms.

Ariel has performed widely in Europe, previous highlights including recitals at the deSingel Arts Centre in Antwerp (stepping in for Till Fellner), Salle Cortot in Paris and a performance of Mozart’s Concerto, K.491 with the City of Birmingham Symphony Orchestra. Conductors whom he has in the past collaborated with include Yi-An Xu, Peter Whelan, Andrew Manze, and Trevor Pinnock. He regularly appears in concerts broadcast live on Israeli radio and television and on Radio France.

Born in Jerusalem in 1997, in 2021 Ariel completed his studies at the Royal Academy of Music in London with Ian Fountain, having studied with the late Hamish Milne. Prior to this, he studied at the High School and Conservatory of the Jerusalem Academy of Music, first with Lea Agmon, later with Yuval Cohen. Whilst there, he also studied violin and composition.

Ariel has received extensive tuition from eminent artists such as Robert Levin, Murray Perahia, Imogen Cooper, Leif Ove Andsnes, Steven Osborne, and the late Leon Fleisher and Ivan Moravec. Awards include 1st Prize at the 2018 Grand Prix Animato Competition in Paris and 1st Prize in the Dudley International Piano Competition, as well as a finalist award at the Rubinstein Competition.

In 2012 he released Romantic Profiles on LYTE records, an album featuring music by Schumann, Liszt, Brahms, and Janáček.  Ariel is a Countess of Munster Recital Scheme Artist 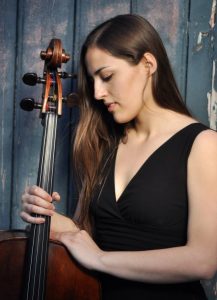 Yoanna Prodanova was born in 1992 in Varna, Bulgaria. Having emigrated to Canada in 2006 and currently based in London, she performs internationally and enjoys a busy schedule both as a solo cellist and a chamber musician. A recipient of the Sylva Gelber Award and the Making Music Award for Young Concert Artists, her recent concerto performances include Elgar with the Orchestra of St John’s, Dvorak with the South East London Orchestra and Haydn C major with the RAM Chamber Orchestra led by the Doric String Quartet. In 2019 Yoanna gave a recital at the Studio Ernest Ansermet in Geneva which was broadcast live on RTS Espace 2 and included the Swiss premiere of a sonata for cello and piano by Romanian pianist and composer Valentin Gheorghiu.

Yoanna has made recordings for the labels Linn and Orchard, including her debut solo album with pianist Mihai Ritivoiu including works by Chopin, Faure and Janacek, and the Brahms clarinet trio with pianist Somi Kim and clarinettist Joseph Shiner. Hugely passionate about chamber music, Yoanna has been invited to festivals such as Peasmarsh Festival, Siete Lagos in Patagonia, Prussia Cove Open Chamber, Rencontres de Bélaye, Quatuors à Bordeaux, St Magnus Festival, Buxton International Festival and others. She has had the pleasure to play with great artists such as Anthony Marwood, Richard Lester, Ian Swensen, clarinettist Andrew Marriner and pianist Richard Raymond. She is the cellist of the award winning Barbican Quartet, and the Prodanova-Ritivoiu duo Romanian pianist Mihai Ritivoiu. After having studied at the Conservatoire de musique de Montreal, Yoanna obtained her Bachelor and Master’s degrees at the Guildhall School of Music and Drama. In 2019 she graduated from the prestigious Advanced Diploma course at the Royal Academy of Music where she was a Bicentenary Scholar. Her main teachers were Daniela Kirilova, Denis Brott, Louise Hopkins, Rebecca Gilliver, Richard Lester and Hannah Roberts. She has also worked with Ralph Kirshbaum, Steven Isserlis, Gary Hoffman and Andras Keller.  Yoanna plays on Giuseppe Gagliano cello generously provided by the Canimex Group, Canada.

Charlie Lovell-Jones, debuted at a sold-out Royal Festival Hall debut aged 15. He has since appeared as soloist with orchestras including the English Chamber, Sendai Philharmonic and Yamagata Symphony, as well as the BBC National Orchestra of Wales and the RTÉ Concert Orchestra, with whom he has broadcast on BBC Radio 3, Radio Wales, and RTÉ Radio. He has worked with many conductors, including John Wilson, Edward Gardner, Sir Mark Elder, Ken Takaseki, Moritz Gnann, Grant Llewellyn, Ben Gernon, Stephen Bell and Jonathan Mann. Charlie was a semifinalist in the Sendai 2019 and the Shanghai Isaac Stern 2020 International Violin Competitions. He was selected for the Joachim International Violin Competition 2021, but withdrew in order to lead the multi-award-winning Sinfonia of London in their debut BBC Prom and several album recordings, garnering critical acclaim from Gramophone Magazine and Classic FM. In 2017, BBC NOW premiered Charlie’s composition for violin, soprano and orchestra, Cariad Cyntaf, with Rebecca Evans. He was a BBC Young Musician 2016 Category Finalist, and was the youngest-ever member of the John Wilson Orchestra aged 14.

Charlie held several scholarships at Oxford University, where he graduated in 2020 with a Gibbs Prize for the highest 1st-class Musicology Degree. That same year, he was offered a Bicentenary Scholarship on the spot in his postgraduate audition for the Royal Academy of Music, where he studies with his long-term teacher, Rodney Friend MBE. He is grateful for support from the Harriet Cohen Music Award, the Hattori Foundation, the Drake Calleja Trust, and the Countess of Munster Trust in his studies. Cardiff City Council and the Welsh Livery Guild supported Charlie’s attendance at many International Violin Academies from 2012-2020. He has enjoyed masterclasses with violinists such as Ida Haendel, Anne-Sophie Mutter, Vadim Repin, Menahem Praessler, Pinchas Zukerman, James Ehnes, and Leonidas Kavakos.