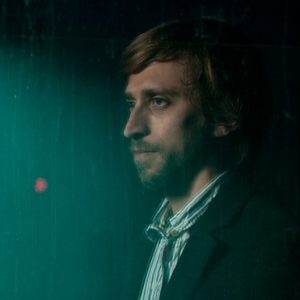 Moisey Weinberg    Sonata for Cello and Piano No.2, Op.63 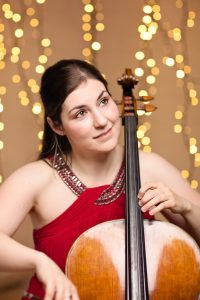 Liubov Ulybysheva was born in Moscow and started playing the cello at the age of five. Having studied at the Gnessin Special Music School and the Russian Music Academy, she came to London in 2003 to continue her studies at the Guildhall School of Music and Drama and the Royal Academy of Music, winning the Mir Carnegie Prize for cello upon graduating. Her teachers in London were Stefan Popov, Oleg Kogan and Felix Schmidt.

In 2006 she won the First Prize at the Tunbridge Wells International Young Concert Artist Competition, followed by winning the MBF Music Education Award, the Muriel Taylor Young gifted Cellist Award, the Hattori Foundation, the Jellinek and the Kenneth Loveland awards. Liubov was also a recipient of the Meyer Foundation Award and the English Speaking Union Scholarship.

As a concerto soloist, Liubov has performed in Russia, the UK, and Europe with the Moscow State Symphony Orchestra, Moscow Philharmonic Symphony Orchestra, Russian State Symphony Orchestra Young Russia, and more. A keen chamber musician, she regularly performs in the UK and abroad, participating in numerous music festivals such as the Manchester Cello Festival, Alderburgh Festival, Valdres and Lidkoping Music Festivals. She has performed live on BBC Radio 3, BBC Radio Ulster and Classic FM.
In 2018 Liubov joined the Royal Opera House orchestra and in the same year she released her debut recording, From the Shadow of the Great War, featuring works for cello and piano by English composers.

In 2019, Liubov became an artistic manager of the Brundibar Arts Festival, which aims to bring to the general public little-known music written during the Holocaust. 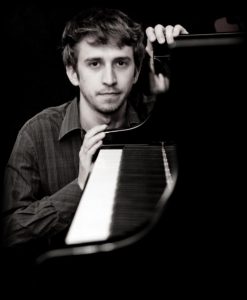 James Kreiling’s solo career has focused on music of the early 20th century – in particular the piano works of Scriabin – as well as composers still living. This has led to performances in the major concert halls of London, notably as a soloist at the 2007 BBC Proms. In 2008 James became a Park Lane Group young artist with solo recitals at the Purcell Room and St Martin-in-the-Fields. More recently, James has broadcast for BBC Radio 3, presenting the music of Jonathan Harvey, David Matthews, Peter Eotvos, Thomas Adès and Pierre Boulez.

In 2017 he completed a performance-based doctorate at the Guildhall School of Music focusing on the interaction of research, analysis, and performance practice in the interpretation of Scriabin’s late piano sonatas. In the last two years he has recorded two discs encompassing the composer’s complete late piano music, to be released by Odradek on October 19th, 2018. Determined to bring Scriabin’s often misunderstood work to a wider public, he has experimented with presenting music in unusual formats and locations. He is a co-founder of Multiphonic Arts, mounting concerts which mix classical piano with other performance arts – poetry, drama and dance, folk and jazz.

He has also performed throughout Europe and the UK in a piano duo with his wife, Janneke Brits. Highlights have included a tour of France with Stravinsky’s Les Noces as well as four-hand recitals at the En Blanc et Noir piano festival in Lagrasse, France, where the duo is now a regular fixture.