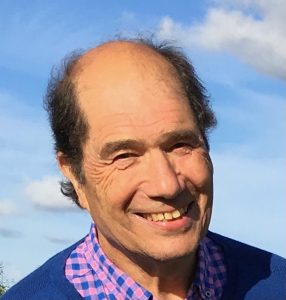 To book and for more information please email  [email protected]

D´un Fleuve / for voice and piano

Duo / for piano and viola

Reflection / for piano and viola

In time of daffodils / for voice and piano

Now I lay me down / for voice, piano, viola

Echo: Homage an Francis Poulenc / for piano and viola

The high-level virtuosity of her voice, coupled with great flexibility and suppleness, brought her early into contact with contemporary music makers, and led to a year-long musical collaboration with the composers Johanna Doderer and Akos Banlaky, which has earned her a reputation as an outstanding interpreter of modern vocal art and a specialist in sophisticated world premieres. Josipa is one of the winners of the 11. International Hilde Zadek Singing Competition 2019, that places particular emphasis on contemporary music. She was awarded multiple prizes during the finals held in Musikverein in Vienna. In October 2019 followed one special award – Gottlob Frick medal – given during an annual opera artists meeting in Ötisheim, Germany. 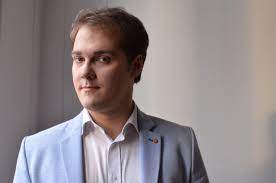 The Czech pianist David Hausknecht  received his first piano lessons at the age of six at the Prague Music School and additional training as a conductor from Jiri Smutny,  and participated in master classes for piano in the Czech Republic (Prague, Tyn nad Vltavou), Germany (Meißen), Austria (Reichenau) and Norway (Bergen, Stavanger) with supplementary private lessons from Arkadi Zenziper and Jiri Hlinka. From 2011 David studied at the University of Music and Performing Arts Vienna with Lilya Zilberstein, Theresa Leopold, Christoph Eggner, Avedis Kouyoumdjian and Stefan Mendl.

His debut on CD followed in 2018 with works by Leos Janacek on the composer’s original grand piano, restored by the Hecher piano studio, on the Schwechtenstein-Records label. Intensive artistic collaboration with the Razumovsky Quartet and the Societé du Chambre Razumovsky, also as a song accompanist for renowned singers and others. KS Adrian Eröd, KS Artur Korn and others David Hausknecht is also the official accompanist of the Hilde Zadek singing competition, the Youngstars for Youngsters Vienna project and the chamber music concerts of the Junge Schubertiade Vienna. 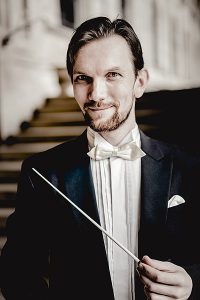 Born in Moscow in 1979 Alexander studied viola at the Central Music School of the Moscow Conservatory, at the Mozarteum University with Prof. Thomas Riebl and Prof. Veronika Hagen in Salzburg and chamber music with the Altenberg Trio in Vienna. He has been working in Vienna since 2003, founded the “Razumovsky Quartet” and is Vice President of the “Razumovsky Society for Art and Culture”. As a chamber musician, he worked with artists such as Lisa Leonskaya, Jean-Bernard Pommier, Paul Gulda and the Hugo Wolf Quartet. In 2007 he received a scholarship from the Alban Berg Foundation. While studying conducting at the Vienna University of Music with Prof. Uroš Lajovič and Prof. Simeon Pikonkoff, he initiated the “Wiener Polyphoniker” – the first European youth integration orchestra. For his diploma thesis he orchestrated the harpsichord concerto set by Dmitri Bortniansky, the so-called “Mozart of the East”, and brought it to the Austrian premiere with Nataša Veljković as a soloist. In July 2017 Alexander Znamenskiy made his debut with the ORF Radio Symphony Orchestra Vienna in the Golden Music Association Hall

To book and for more information please email:
[email protected]