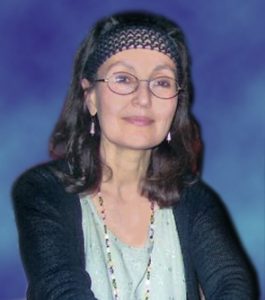 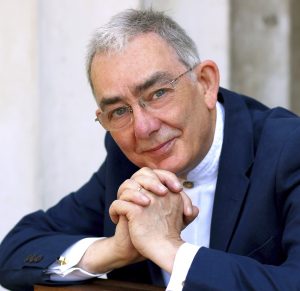 Part I: The Early Years with Sonata in E minor, op 38

Tickets will go on sale on November 1st

Tickets will go on sale on November 1st

Brahms’ boyhood experience with the cello led, in his mature composing life, to writing two magnificent sonatas which are played and enjoyed by cellists and audiences the world over. The cello was not some theoretical instrument for him, but one he had his hands on from childhood. And throughout the various stages of his life, the cellists he knew and played with personally were some of the best professionals of the time. Follow our journey as we trace the history of these works, and examine the unique character of the cello sound that inspired Brahms to enrich the cello repertoire with these timeless works.

There will be no interval between the talk and the performance. Total length of the event is 65 minutes and there will be a reception at its conclusion.

Selma Gokcen was trained at the Geneva Conservatoire of Music with Guy Fallot and Pierre Fournier and at The Juilliard School in New York City with Leonard Rose and William Lincer. She has been teaching and performing for over 40 years and combines her musical interests with a practice in the Alexander Technique. Her appearances have taken her to Europe, the USA, Australia, New Zealand and the People’s Republic of China, where she was invited to give recitals and masterclasses in Shanghai, the Sichuan province, and Beijing.  With Jonathan Kramer and Bernard Greenhouse, she has presented a programme entitled Pablo Casals: Artist of Conscience in London at the Southbank Centre, in New York and at Washington DC’s Kennedy Center to critical acclaim.

She is presently on the cello faculty of the Junior Guildhall in London and is a member of the Senior School Alexander Technique teaching faculty. She has been invited to give workshops around the world called The Well-Tempered Musician and The Miracle of Coordination, which address movement and coordination in string playing and performance.

Ms Gokcen is co-founder and head of the London Cello Society, a registered charity which presents an annual series of events and promotes the art of cello playing in the United Kingdom.

John Lenehan is one of Britain’s most experienced and sought-after musicians. Well known for his partnerships with many leading instrumentalists, he has appeared in major concert venues throughout the world and made more than thirty recordings. As a soloist, he has given concerto performances in London with the English Chamber Orchestra (Mozart), the Royal Philharmonic (Gershwin) and the London Philharmonic Orchestra (Rachmaninov), and has also appeared with the London Sinfonietta and the Ulster Orchestra.

His solo recordings include Michael Nyman’s Piano Concerto and discs of music by Eric Satie and John Ireland. As pianist in the acclaimed Joachim Trio, he has recorded extensively (most recently the complete Dvorak Piano Trios).

Also a composer and arranger, John’s work has been recorded by Nigel Kennedy (orchestrations for a new CD of popular classics with the ECO) and Julian Lloyd Webber. Recent performances have included recitals in Vienna and Hong Kong and he has also recorded as pianist in the Nash Ensemble.

Styra Avins, born and educated in New York City, is a cellist and author.  She holds a BA in Sociology from the City College of the City University of New York, did undergraduate work in cello at the Juilliard School, and has a MS in Cello from the Manhattan School of Music.  She had always felt close to the music of Johannes Brahms, but his work took on additional meaning when she learned that none of his letters were available in English, unlike the letters of virtually every other major Classical composer, and decided to fill that gap. Her book, Johannes Brahms: Life and Letters, Oxford U. Press (1997 and 2001), ten years in the making, is the only comprehensive collection of the composer’s letters in any language.  She has contributed chapters to books on Brahms published by Princeton, Oxford, and Cambridge Universities, and presented talks and given classes at numerous universities and music conservatoires in the United States, Germany, and Australia.

Her performing career has included membership in the New York City Opera orchestra, and the American Symphony under Leopold Stokowski, and the Seoul Symphony. She taught cello at the United Nations International School in New York City, was Adjunct Professor of Music History at Drew University (New Jersey USA), and has been a long-time member of the faculty of the Bennington Chamber Music Festival in Vermont. She is presently awaiting publication of the chapters she has contributed to two new books centred on the great violinist Joseph Joachim, and another from Oxford University Press about Brahms. Ms Avins sits on the Board of Directors of the American Brahms Society.

Dr. Katy Hamilton is one of the UK’s most sought-after speakers on music, providing talks for a host of organisations including the Southbank Centre, BBC Proms, Ryedale Festival and Oxford Lieder Festival. In addition, she regularly writes programme notes for the Salzburg Festival, Wigmore Hall and Philharmonia Orchestra, and is a frequent contributor to BBC Radio 3. Katy is an editor of the books Brahms in Context (2019) and Brahms in the Home and the Concert Hall (2014) and has also published widely on the music of the nineteenth and early twentieth centuries. She has taught at the Royal College of Music, the University of Nottingham, Middlesex University and City Lit, a college for adult learners. You can find out more about her work at http://www.katyhamilton.co.uk/